Joining the Windsor Doodle family in 2020, Vincenzo is a highly valued multi-generational Australian Labradoodle Stud in Apricot/Cream. His health is outstanding, his coat is fantastic, and his demeanor is oh so sweet! We love our Vincenzo boy. 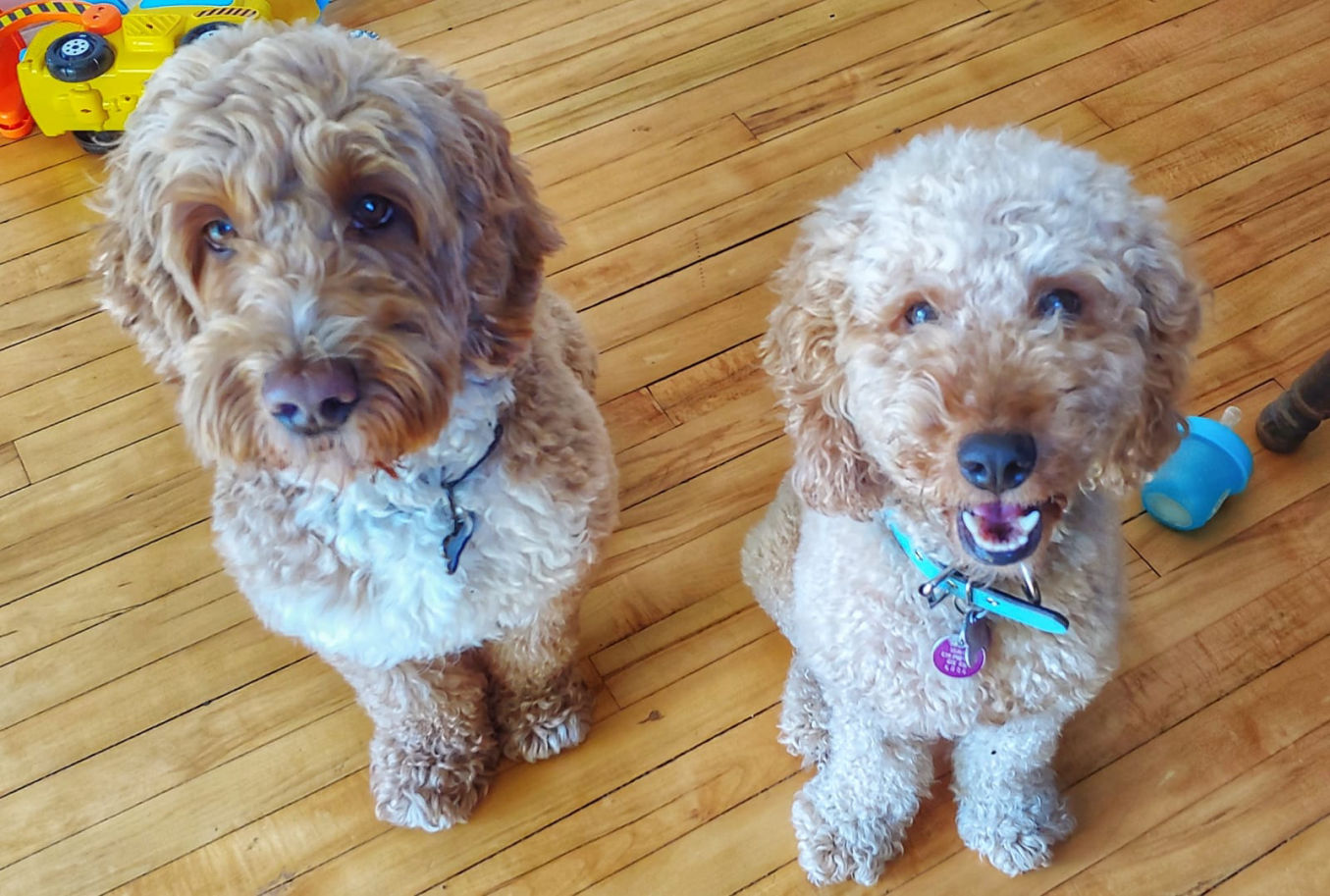 Born May 14th, 2016, Vincenzo has earned his name as a very popular stud in and around the southwestern Ontario and Michigan region. He has such a sweet outlook on life. His favorite passtime is being wherever his favorite person in the world is because he imprints and never wants to leave you. Rarely is Vincenzo found without a human to keep warm. He is playful and gentle with kids, he is curious about cats but a bit scared of them. He loves cheetohs! Hands down, they are probably his favorite human food. Rather than fetch, he prefers tug-of-war and he likes watching TV for the cute puppy girl commercials.

Fully tested, Vincenzo's genetic health panel comes back completely clear, except he is a carrier for Exercise Induced Collapse (EIC). This does not mean that he expresses the gene, but rather he would not want to be paired with a mate who also carries for EIC to avoid any problems with pups. His OFA hips and elbows are clear and his genetic line can be tracked back to Tegan Park and Rutland Manor, the original breeding programs in Australia for Australian Labradoodles.

Health and Disease Testing for Hip and Elbow Dysplasia

Our Multi-Generational Australian Labradoodle, Dewitt Valley's Vincenzo, offers a competitive rate for his stud services. Windsor Doodle even offers a special rate for breeding programs that are searching for a long term stud service.

1. A (-) brucellosis test within 7 days, if natural breeding is done, prior to breeding.
2. An OFA or equivalent certification for Hip and Elbow dysplasia.
3. Genetic Health testing certificates for Dam from a reliable company (such as Paw Print Genetics) for the Australian Labradoodle Essential Panel.
4. A copy of the 3-5 generation pedigree.
5. If Artificial Insemination is done, Dam owner is responsible for all charges related to collection and shipping of semen.
6. Dam owner agrees to provide a copy of her pet contract stating that all pets must be spayed/neutered by 6 months of age.